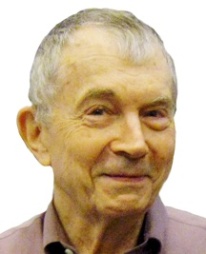 JFK was dead, Oswald was dead, and we carried on.

We went back to school, and one week later I had one of the most important moments of what would become my career. So pull up a seat, kids, and I’ll tell you all about Mr. Norregaard, the best teacher I ever had, and what happened when I violated one of his ironclad rules.

Martin Rudolph Norregaard taught English and Social Studies to 7th and 8th Graders at Brooklyn Friends School. He was likable and funny and no-nonsense. He expected excellence – demanded it, really – and made sure you knew he would settle for nothing less.

He taught us how to write. And not just how to put words on paper, but to labor over them and make sure you got them exactly the way you wanted them.

He taught us grammar and punctuation and usage. He taught us that sentences had structure, that they were a mathematical equation of sorts. And he taught us to diagram sentences, a lesson that is pretty much gone now, and not to anyone’s benefit. He taught us how to put on paper a visual display of how every word in a sentence related to the others. Nouns, verbs, adverbs, adjectives, conjunctions, prepositions . . . They all work together. Mr. Norregaard was a drill sergeant of diagramming, and if you were in the 7th or 8th Grade at BFS, you were going to learn it whether you liked it or not.

Mr. Norregaard had rules, and you learned those rules and you conformed to those rules. What he didn’t tell us was something he figured we’d figure out in good time:

Here was a Norregaard rule:

Each paragraph, in turn, should have five sentences. Five paragraphs, 25 sentences.

Which brings us to the week after the assassination of President John F. Kennedy.

Just like this year, November 22 fell on a Friday, and Thanksgiving came six days later. I don’t recall if Mr. Norregaard gave us this assignment on the day before Thanksgiving or the day after, but I do recall that it was to be handed in on Monday.

On whatever day it was, Mr. Norregaard introduced the Eighth Graders to a word we’d never heard before:

It was a funny-sounding word, and none of us had ever heard of it, and you never knew for certain whether Mr. Norregaard was joking or being serious (because this, after all, was the same teacher who once told us about Henry James and his famous brother, Jesse . . . just to see if we were actually paying attention or just mindlessly taking notes without thinking).

But Mr. Norregaard persuaded us that “eulogy” was a real word – a high school word, a dictionary word. And he gave us our assignment: Write a eulogy for President Kennedy.

So later that day, in study hall, I sat down at my desk, opened the proverbial vein and let it bleed. What I wrote came straight from a 13-year-old’s heart. It brought tears to my own eyes, and I knew the second I put my pen down that it was far and away the best thing I’d ever written. For the first time in my life, I felt like a writer.

And so with great satisfaction, I put that eulogy in my briefcase . . . and promptly forgot all about it.

Which was a big mistake.

Because Mr. Norregaard had another rule that was handed down by the Greek gods (to whom he introduced us in Seventh Grade Social Studies) and that was set in stone:

You always write three drafts. First, the first draft. Then you revise and correct and rewrite for your second draft. And then you write your third draft, the one you’ll hand in. And the third draft has to be perfect, written in ink (or, in my case, banged out on a Remington typewriter), with no corrections, no erasures, no crossings-out.

The third draft must be perfect.

So Monday came, and we got around to English class, and Mr. Norregaard said it was time to hand in our eulogies. And that’s when I realized that I’d completely forgotten about the thing I’d written so masterfully in study hall before the weekend that had brought tears to my own eyes and that I had stuffed into my briefcase.

I reached in and pulled out a sloppy disaster. Rumpled paper. Lines crossed out. Erasures. Smudges. If only the dog had eaten it.

Two days later, Mr. Norregaard returned our graded papers. He had that teacher technique of placing the papers face-down on each student’s desk, so the kids would turn them over slowly to discover their grades.

Only when he got to my desk, he announced loudly, for the whole class to hear:

“Stephen handed in a first draft and got the grade he deserved.”

My heart sank as he placed the eulogy face-down on my desk. It might as well have been my eulogy.

I turned the paper face-up.

He gave me an A-plus.

I never, ever, handed in a first draft again. Mr. Norregaard had ensured that.

He also was the best and fairest teacher I ever had, and I owe everything I’ve done in my long career of playing with words to him. I am privileged to have known him.