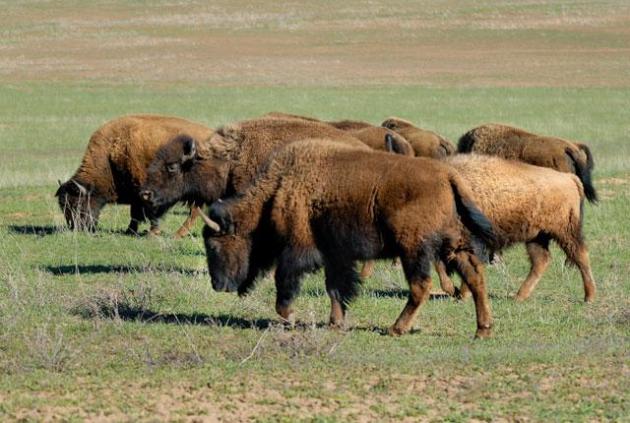 My friend Jenn points out that this is a grammatically correct sentence:

And here’s her backup, via MentalFloss.

Which leads us to the timeless question: Why did the buffalo cross the road?

And the answer: So I could get screwed into buying a day pass at a state park.

Pull up a chair, kids, and I’ll tell you about the day I stopped my car in the middle of a two-lane road in Custer State Park in South Dakota to allow a herd of Buffalo to cross to the other side, and how stopping my car was a violation of park rules, and how I’m still trying to figure out whether I made the right choice when I didn’t plow my 1970 Ford Maverick into a herd of ginormous beasts.

Flashback to the summer of 1971, and Hank and Mike and Ken and Jan and I are on our two-car, six-week, longhair tour of America, a Kerouacian event involving five college guys cruising the country in a light blue Mercury Cougar and a “Thanks Vermillion” Ford Maverick that will never happen again because we will all graduate from college in 10 months and will have to start doing grownup stuff like finding jobs, paying rent and attaching ourselves to women who will produce our offspring. 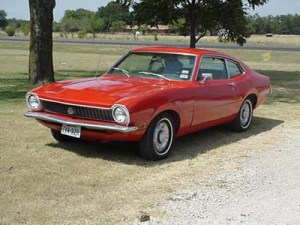 But right now we’re just a bunch of wannabe hippies heading west, embarking on what will turn out to be a 30-hour trip from the Black Hills of South Dakota to Yellowstone Park in western Wyoming. Thirty hours, because the Ford Maverick is weighed down by multiple people and a trunk and a roof rack full of clothing and camping gear and a  Gibson guitar, and it has a three-gear column shift, and third gear is out of the question when going uphill, which is pretty much the entire trip to Yellowstone. We’re in second gear, pushing the RPM needle at 35 miles per hour, and there’s no chance in hell that the car will go uphill in third, and there’s a few hundred miles to go.

And we’ve only just begun.

The memory is a bit foggy on this, but I’m pretty sure Interstate 90 wasn’t finished at the time, so we had to take Route 16 to go west from Rapid City.

But that’s OK. Our plan is to enjoy a scenic ride through Custer State Park and come out in Wyoming. Then we’ll stop for a few hours at something called Devil’s Tower (which few Easterners have heard of, because Close Encounters hasn’t been made yet), and then we’ll forge on through to the granddaddy of national parks.

But there are rules in South Dakota. And one of them, the ranger at the Custer entrance explains, is that if you’re going to make use of any of the park’s facilities, you have to pay for a day pass. And the fee for that sticker is pretty hefty. Probably five dollars or so, but this is 1971 and we’re college kids and five dollars will buy a helluva lot of Coors.

So we explain to the park ranger that we have no intention of enjoying any of the sights and sounds of his stupid little park. We are aiming toward a bigger and better park. We have no time for your black hills and needle skyscrapers, we’re bound for Old Faithful.

He says OK and reminds us . . . No stopping. No enjoying. You put on your blinders and drive straight through the park. Whatever you do, don’t gaze.

And we agreed not to get any pleasure whatsoever out of his dumb old park and drove off.

And we were happily tooling along until the unthinkable happened . . .

We had to stop our cars.

There was no choice, really, because up there ahead of us, somewhere in the middle of the nowhere we were in, there were a few hundred bison crossing the road. So we – along with a few dozen others – stopped our cars in the middle of the road to watch the buffalo roam.

They are magnificent creatures. Huge. Their heads alone are the size of a Ford Maverick.

But have I mentioned yet that it was really hot out, and that the Ford Maverick had no air conditioning?

We stepped out of the car and leaned against it, and, yeah, we took a couple of pictures, because THERE WERE HUNDREDS OF BUFFALO ALL AROUND US!!!

And here’s a bunch of city boys marveling at these magnificent beasts when along comes our good-old park ranger, who makes the astute observation that we have, in fact, stopped our cars in the middle of his park and are taking pictures of his park’s precious buffalo.

Which, of course, we had pinky-sweared not to do.

But officer, I say, nicely, very nicely, because I have hair down below my shoulders and I’m wearing cutoff jeans and a t-shirt with holes in it and this is South Dakota in 1970 . . . Officer, I say, I really can’t move my car forward without at the very least bruising the shinbones of multiple bison, which I suppose would be an even greater crime, endangered species regulations and all that.

To which he replies: Your car is stopped along the highway and you’re enjoying the sights. Now you have to pay for a day-use sticker.

And that’s how I got buffaloed by buffalo in buffalo country. Really, you can’t make this stuff up.