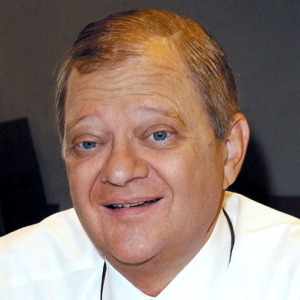 Pull up a chair, kids, and I’ll tell you about the night my 10-year-old kid chatted with Tom Clancy.

Contrary to reports, Josh didn’t actually come out of the womb with a book in his hand. It just always seemed that way. He took to reading at a very young age, and I’m certain he’d tell you it’s always been one of the greatest pleasures of his life. When a friend told me the toughest part of law school was handling all the reading, I knew there’d be no problem. My son is now a lawyer.

But I digress. This is about the night Josh chatted with Tom Clancy, who died yesterday.

When Josh was in the fifth grade, around 1989, his teacher assigned the class to read a book and write a book report. I’m sure you’ve been there.

Did I mention that he was 10-years-old at the time?

No, the teacher told him, that book is wayyyy too hard for a 10-year-old. Grownups have trouble reading that book. Pick something else.

Because nobody tells my kid a book is too hard for him.

And so it came to pass that Josh, age 10, read The Hunt for Red October, and devoured it, and delivered an excellent book report. And a few months later we visited the Submarine Force Library & Museum in Groton, Ct., and Josh went from exhibit to exhibit explaining everything to me, because I had tried to read the book and got lost in the weeds somewhere around Page 50.

But I digress. This is about the night Josh chatted with Tom Clancy.

This was around 1989, remember, and the whole online thing was pretty new. I had a Macintosh II computer — the original color Mac — with a whopping 2MB of RAM and a 40MB hard drive and a 1200-baud modem, and I was like the king of the world with a setup like that.

Tom Clancy had heard of it. He came to this online stuff pretty early, too, and on this particular night he was hosting an online forum with his fans. People could type their questions to him, and he could type back. This was amazing stuff. Imagine, talking with a famous author from your living room.

And Clancy’s greatest fan was in my house. By this time Josh had also read Red Storm Rising and Patriot Games, and he wanted more. And, like any 10-year-old, he wanted it NOW! And Clancy mentioned that he had another book coming out very soon, which most likely was Clear & Present Danger, and, of course, he was encouraging all his online friends to run out to their local bookstore and buy a copy as soon as it came out.

And that was pretty much all he had to say about it.

“What is your new book about?”

And Clancy typed back:

Thanks for chatting with my kid, Tom. And rest in peace.

2 thoughts on “The night my kid chatted with Tom Clancy”