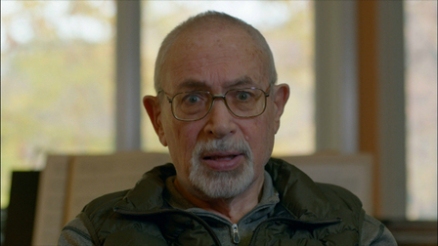 Paul Zimmerman won an Emmy the other night.

He shoulda won a Pulitzer.

Grab a bottle of fine Bordeaux and pull up a chair, kids, and I’ll tell you all about the greatest reporter I’ve ever known. You can call him Dr. Z, as they did at Sports Illustrated. Or you can call him Zim, as we did at The New York Post. But, with all due apologies to Bob Dylan, you may not call him Zimmy. You wouldn’t dare.

That’s because Paul was a big man, a bear of a man, a larger-than-life man with an insatiable appetite for great food, fine wine, expensive cigars and a shareable story. He loved combat. He played rugby. And he was the finest football writer in the country.

Flashback to 1972. I’m “the kid,” a 21-year-old whizbang typist right out of college who knows a few things about sports and has been lucky beyond belief to land a job in the sports department of The New York Post. I’m surrounded by my idols, the people I’ve been reading religiously and whose names I’ve known since my early teens: Larry Merchant, Milton Gross, Vic Ziegel, Maury Allen, Leonard Lewin, Gene Roswell, Leonard Cohen, Bill Rudy, Hugh Delano, Sid Friedlander, Dick Klayman, Ike Gellis.

Yogi Berra said you can observe a lot just by watching, and I figured out real fast that it made a lot of sense to watch Zim. He’d come into the office after a game, park himself at Ike’s desk in the middle of the office, spread his stuff all over the desk so that not a sliver of wood veneer could be seen, light up a cigar (yeah, that was legal back then; smoking in the office might as well have been mandatory) and spend the next few hours getting his game story and sidebars perfect.

Because if you’re not striving for perfection, why strive at all?

I sat about 10 feet away, a vantage point from which I could watch a professional do his job while I banged away on an industrial-strength Royal typewriter.

I observed just by watching that Zim understood the economy of words. Make every one count; fewer is better. Tell the damn story. Keep it simple stupid. Don’t write it; report it.

However? That’s a horseshit word for But.

Zim taught me that, and I can’t even begin to think how many people I’ve told it to since. And, yes, I always tell them who told it to me. Because that’s what we do . . . give credit where credit’s due.

But let’s get back to that Pulitzer Zim most certainly deserved but never won.

A few months after I arrived at the Post, the 1972 Summer Olympics – the Games of Mark Spitz and Olga Korbut and Frank Shorter and Dan Gable and the U.S. basketball team that got robbed by the Russians – were held in Munich.

Over the course of the first week, Zim sent in five or six or seven stories a day, covering everything from track and field to basketball to gymnastics to wrestling to swimming. Trust me . . . If there had been summer curling, he would have filed a story on that, too.

And those were just the sports. Zim also found time to write a couple of columns every day, human interest pieces, including a memorable one about being invited to dine at the home of a local family, and how he found them wonderfully engaging, and then he gazed upon his host’s SS medals sitting in a trophy case in the living room. 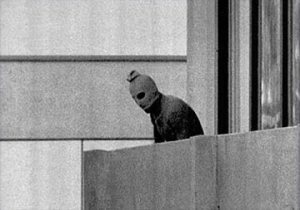 So Zim had pretty much been putting in 18-hour days for 10 days when a group of eight Palestinians from the Black September terrorist organization slid into a dormitory in the Olympic Village and took nine Israeli athletes, coaches and officials hostage.

Now Paul actually had to do some work. All of a sudden, he had to write not only the entire sports section of The New York Post, but pretty much the entire news section, as well.

No problem. Paul just kept the copy coming for a week. Just about every piece in the paper began with the words “By Paul Zimmerman.” Alone with a typewriter, Paul singlehandedly out-reported the entire New York Times and Daily News staffs combined.

And he did it with no complaints, no whining about how tired and overworked he was, no kvetching about how he was doing the work of 10 people, no requests for a day of rest.

Paul Zimmerman was a sports reporter by choice. First and foremost, he was a reporter, period. Got news? Send Zim. On the other side of the Atlantic, I had the privilege to watch and learn.

Several years later, when I had become The Post’s night sports editor, there was a night when Paul had covered a Jets game and had come into the office, as usual, to write his stories. Paul, ever meticulous, charted every game in every sport he saw. He even kept a stopwatch on the National Anthem, because there always are records to be broken. So on this particular night, when he handed in his mainbar, I noticed while reading it that one of the statistics in his piece conflicted with the official NFL summary that had come in over the Associated Press wire.

Hey, I figured, even Paul Zimmerman can get something wrong.

Then he made a phone call. About 30 minutes later, the Associated Press moved a revised summary. Zim had it right.

Then there was the night Joe Roth died. Roth was an All-America quarterback at the University of California who finished ninth in the Heisman Award voting in 1976 (Tony Dorsett won it that year). According to his bio on Wikipedia: 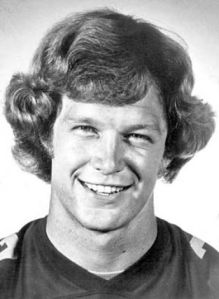 After the season ended, [Roth] revealed that he had played the last half of the season with melanoma, the recurrence of a previously removed tumor. Despite his deteriorating physical condition, he honored his commitments to play in both the Hula Bowl and the Japan Bowl. During the Japan Bowl festivities, according to a friend of his, Roth agreed to sit for a thirty-minute autograph session. But at the end of the agreed upon half-hour, there were hundreds of smiling Japanese kids still waiting. So he sat patiently and signed autograph after autograph until there were no more kids in line. Then he went outside, fell to his knees, and threw up in the bushes. He died shortly thereafter in his Berkeley apartment on February 19, 1977 at the age of 21.

Paul wrote a column that night. I recall that it referenced John Gunther’s Death Be Not Proud. And it literally brought me to tears. It was back page material, no doubt about it.

But there was a problem: The Post always had a big, two-color cigarette ad prominently displayed on the back page. And the red color, paid for by the tobacco company, enabled The Post to use red ink on the front page, as well. So putting a story that mentioned cancer or a heart attack on the back page of The New York Post was forbidden; you had to get permission from way up high.

But, really, how could you put this piece anywhere but the back page? I was 26 years old. My knees shaking, I went way up high. I persuaded the powers that be to suspend the rule.

Carlton be damned, Zim’s tribute to Joe Roth went on the back page, where it belonged.

Then there was the day in 1977 when the Jets waived Joe Namath so he could sign with the Los Angeles Rams. Broadway Joe celebrated by holding a farewell press conference at which he kept railing bitterly about “that fat fuck” in the front row. That, of course, was Zim. Namath had been angry for years because of some coverage in The Post connecting his Upper East Side restaurant, Bachelors III, to the Mob, and he blamed Zim for everything. 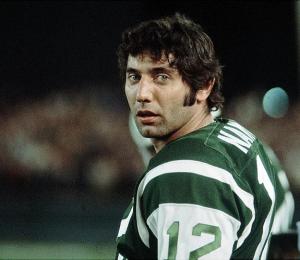 That was the day I discovered that Namath hadn’t spoken to Zim in years. Meaning Zim had managed to cover the Jets beat better than anyone during all that time, and nobody had a clue that the team’s superstar wouldn’t even look him in the eye. The readers never knew it. Hell, I never knew it.

That night I asked Paul why he’d never written that Namath wouldn’t talk to him, and he told me it was a battle he couldn’t win. Joe was the star. He was the reporter.

Next time you hear a reporter complaining about how hard his job is or how some star won’t talk to the press, remember this:

The team’s star won’t talk to you? Tough! Deal with it. The reader doesn’t care; he just wants to read a story. Quit whining and do your job.

And then there was the best night of all. If there was one thing Zim hated, it was losing. At anything. If I was in a bar fight, I wanted him at my side. (Or better yet, in front of me.)

Flashback to April 8, 1974. I’m still the kid banging away at the typewriter, and I’m working the night shift. Paul, as usual, is sitting at Ike’s desk, working on his story, and the TV up in the corner of the room is tuned to NBC, which is broadcasting a game between the Los Angeles Dodgers and the Atlanta Braves. There’s a fella on the Braves named Henry Aaron who needs one more knock to become baseball’s all-time home run champ. Maybe you’ve heard of him. 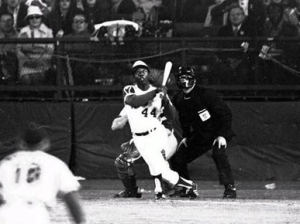 Paul ambles (he doesn’t walk, he ambles) over to where I’m sitting and very publicly offers me four-to-one odds that Aaron won’t do it on this night, with all of America watching. A few years earlier, when Hank routinely hammered 40 home runs every year, the odds would have been reasonable. But on this night, late in Aaron’s career, the odds are definitely with Paul.

I take the bet anyway. I just have a feeling. About an hour later, Aaron hits the ball over the left field wall. No. 715. Take a seat, Babe.

All I can say is that nothing – NOTHING – felt better than having the entire office watch as Paul slapped a couple of twenties on my desk and walked away.

Which brings us to Tuesday night’s Emmy. This story has been long (Zim most definitely would not approve), and I’d love to say it has a warm and wonderful ending. But it doesn’t. It’s bittersweet. Paul suffered a stroke six years ago, and then two more after that. He’s 81 now, and he can’t walk or read or — and this has to be the hardest of all — write, though he is able to speak a few words. It’s called aphasia. And it hurts just to see it.

Watch it; you’ll understand everything. Watch it as I watched the best reporter I’ve ever known 40-something years ago. Watch a man who knew how to have fun, who loved a good joke, who savored a fine cigar and great wine, but who was all business and everyone knew it.

He made me better just by being there.

Paul Zimmerman won an Emmy the other night. He shoulda won a Pulitzer.