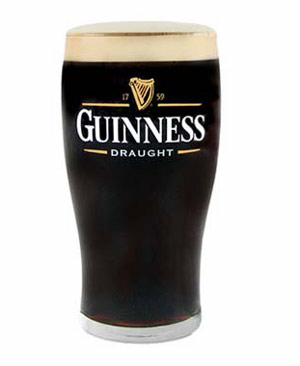 I’ll have the fish bladder on the side, please

Throughout my youth, it was an indisputable fact that the Edsel was the worst marketing move in the history of marketing. Hey, I have an idea … Let’s build an ugly car, price it high and open the showroom doors so everybody in America will buy one!

Yeah, that worked … until New Coke came along and just snatched the title of Worst Marking Move Ever right away from Ford.

Hey, I have an idea … Let’s take the most popular soft drink in the world and CHANGE THE FORMULA!!!! Americans only think they like their Coca-Cola. What the hell do they know?

Which brings us to this little tidbit:

Which means they have to CHANGE THE FORMULA!!!!

Yeah, great idea. Change the formula for Guinness. Let’s all sit back with a pint or two of anything else and see how this turns out.

Man asks Clinton about global poverty, she replies: "I've had many conversations with Bono on this." 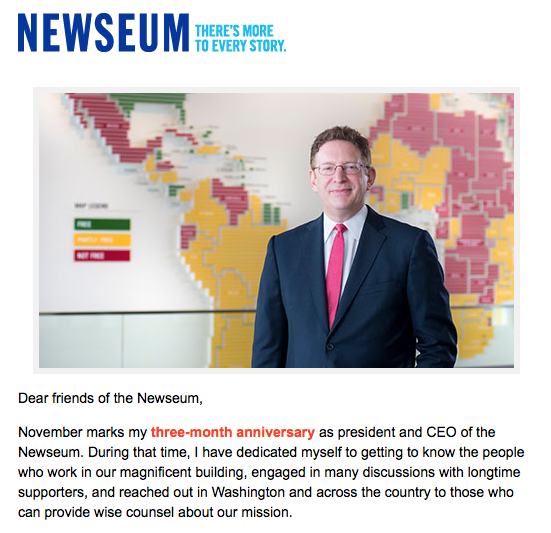 So the president and CEO of a museum dedicated to journalism doesn’t know that “three-month anniversary” is a nonsensical word combination.

anniversary: a date that is remembered or celebrated because a special or notable event occurred on that date in a previous year

You also can’t have a three-year anniversary, because that’s redundant. It’s just third anniversary. Except when it isn’t, as in when the president and CEO of the Newseum has been on the job for three months and still hasn’t met an editor.

And the good news is that fish bladder is half-price at Stop & Shop.

Have a seat at the table, Linda. Wait till you see what Steve’s got cookin’.

Every picture tells a story. I like this one. 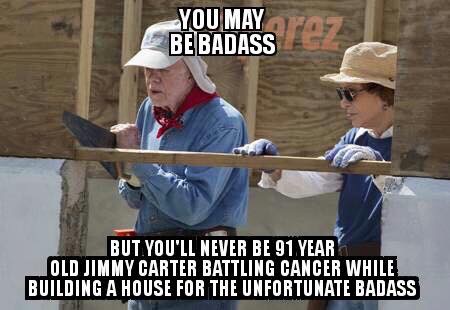 BREAKING: After 107 days, GOP presidential race no longer led by a jackass! https://t.co/sNdKfVPD4b

And here’s a little something from Tom Toles: 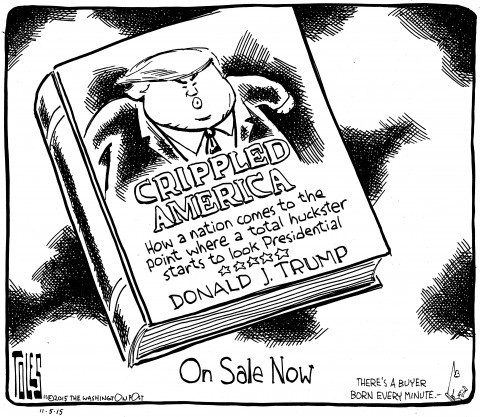