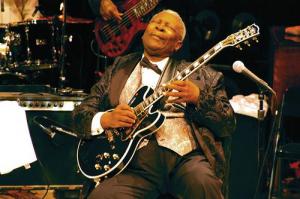 Woke up this morning to some very sad news. The King of the Blues has left the stage.

I can’t remember the first time I saw B.B. King, and I can’t tell you how many times I saw him play. But if there was one moment I’ll never forget, it was in the summer of 2007 at the Eric Clapton Crossroads Guitar Festival, in a soccer stadium outside Chicago.

Linda got me tickets as a present. I think she loves me.

But I digress. This is about B.B. King. END_OF_DOCUMENT_TOKEN_TO_BE_REPLACED 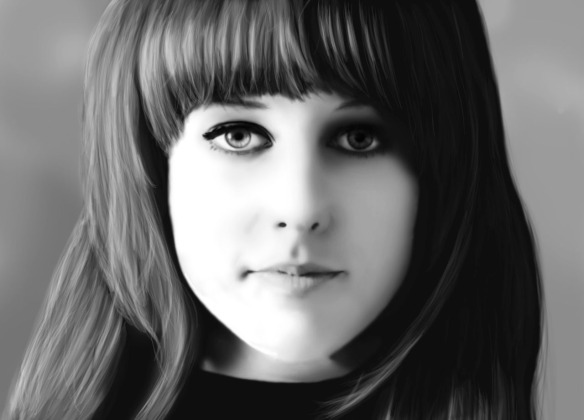 Grace Slick, a spectacularly beautiful woman with a voice to match, had a milestone birthday a couple of days ago, and it brought back some vivid memories of the only time I saw her in concert.

This was in the early Seventies, sometime late in my college years or shortly thereafter – or as I like to think of it, just a few days before yesterday. END_OF_DOCUMENT_TOKEN_TO_BE_REPLACED 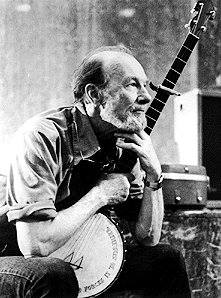 I’d like to live in a world where Toys ‘R’ Us has a Pete Seeger action figure.

This was an American who served in the Armed Forces and stared down McCarthyism.

This was an American who was blacklisted for his politics and then, in the middle of the Vietnam War, when finally allowed back on television, proceeded to sing “We’re waist-deep in the Big Muddy and the big fool says to push on.”

This was an American who saw what had become of the mighty Hudson River and proceeded to  head an organization that built a magnificent sloop, the Clearwater, which still travels up and down the river in a campaign to keep it clean.

This was an American who, in 1955, when summoned before the House Un-American Activities Committee, said:

“I feel that in my whole life I have never done anything of any conspiratorial nature…. I am not going to answer any questions as to my association, my philosophical or religious beliefs or my political beliefs, or how I voted in any election, or any of these private affairs. I think these are very improper questions for any American to be asked, especially under such compulsion as this.”

This was an American who was denied a chance to appear on a TV show called “Hootenanny,” because he refused to sign a loyalty oath.

This was the American who wrote “How to Play the Five-String Banjo,” still the premier primer on the subject, and a book I plan to study closely when I take up the instrument. When I retire. If I live to be 94, as Pete did, I should have time to master it.

This was an American who sang and played with Woody Guthrie and Bruce Springsteen.

Where Have All the Flowers Gone? Turn, Turn, Turn, Goodnight Irene, If I Had a Hammer, So Long, It’s Been Good to Know You . . .

To everything, there is a season. 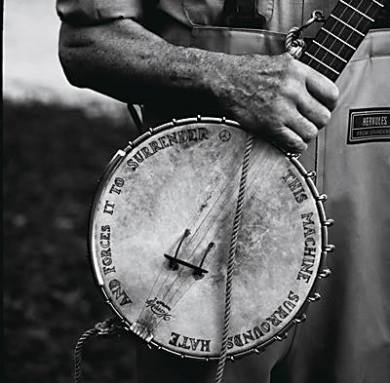 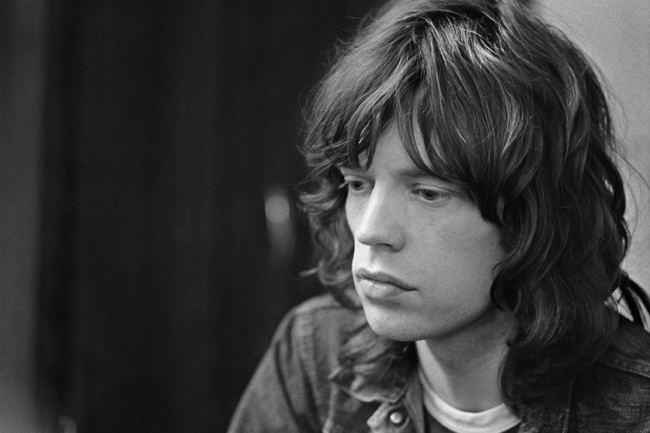 This just defies belief. The greatest rocker of them all entered his eighth decade on earth today.

He’s been at it for more than half a century, and he still has the moves of a 20-year-old.

I’m gonna put Let It Bleed on the turntable and play it all night.

Happy birthday, Mick! Start me up! 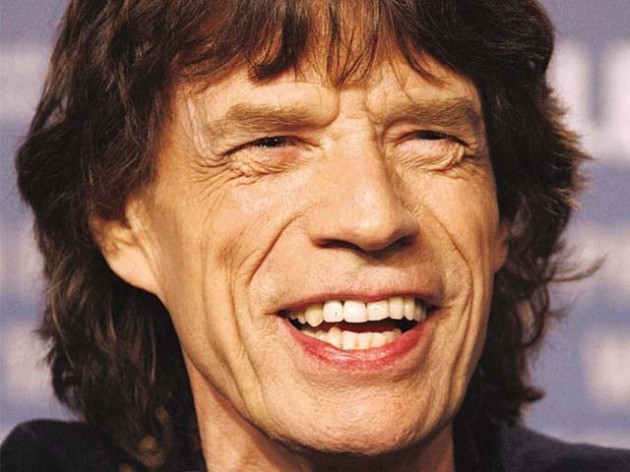 Thanks to my pal Wendell Evans for this. Sit back for a few minutes and savor every note. 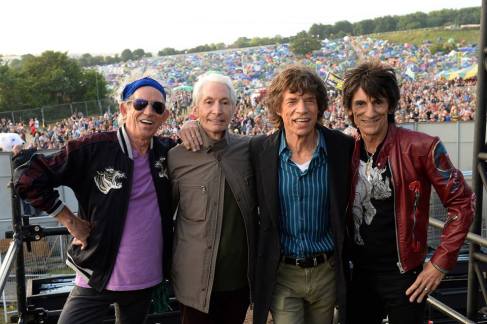 I’m posting this picture because you had to ask? Do you think they ever imagined this when they said time was on their side?

Rock on, boys. Next town’s just “Down The Road Apiece” (Rolling Stones Now, never will forget that, you guys taught us American white boys about Bo Diddley, Howlin’ Wolf, Muddy Waters, Chuck Berry and more. Thanks and God Bless the Rolling Stones!

Put the 33 on the turntable and let it bleed. 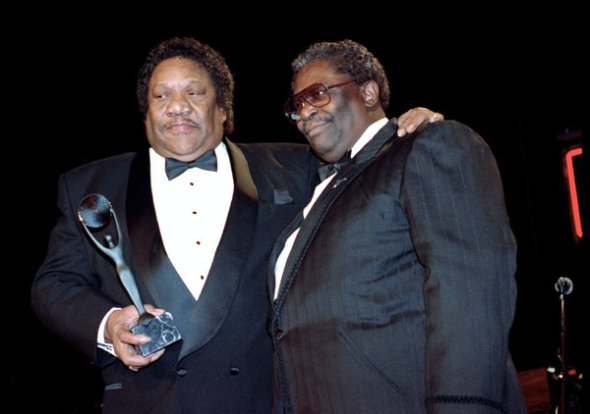 A few people asked me this week, after James Gandolfini died, if the name for this blog came from the opening line of the theme song from the Sopranos.

The first time I heard it was when my summer camp counselor, Jon Ross, put the Paul Butterfield Blues Band on the turntable and said I could play this stuff. Three minutes that changed my life. Here’s what I heard:

I later learned that it was a Robert Johnson song:

And today, I woke up this mornin’ and listened to this version by Taj Mahal:

I can’t wait to wake up tomorrow mornin’.

You don’t mess with the master. Don’t even think about singing “Respect.” Aretha did it, and you’ll only do it worse. “My Girl”? Forget about it. The Temptations did it; your effort won’t compare. “Over the Rainbow”? Not even The Genius himself, Ray Charles, could match Judy Garland.

But once in a while, someone pulls it off. Ray gave us a perfect song, “Georgia on My Mind.” Put it on a loop. Let it play forever. But Willie Nelson’s version is worthy of comparison. Sometimes, if you’re brilliant — and Willie is brilliant — you can take a perfect song and still make it yours.

Last night, on “The Voice,” the four judges — Shakira, Adam Levine, Blake Shelton and Usher — tackled Lennon-McCartney’s “A Little Help From My Friends.”

And they killed it. Hit it right out of the park.

“A Little Help From My Friends” is a pop song, a cute little ditty from the Beatles’ Sgt. Pepper’s Album.

It’s a wonderful song, from possibly the greatest album of all time. But it’s not the defining version of the song. The defining version, the one against which you match all challengers, was done by Joe Cocker.

The first time we heard Cocker’s version, it spun our heads around. Cocker took on the master, and he slayed him. THIS was how it should be done. Cocker took a song from Sgt. Pepper’s and he made it his. If you want to mess with the master, you mess with Cocker — not the Beatles — on this one.

So kudos to the Voice judges for doing it right, and kudos to Joe Cocker for showing us all how a great song by the greatest group of all time can be done even greater.

And happy 71st birthday to Paul McCartney. Only wish John and George were around to help you celebrate. 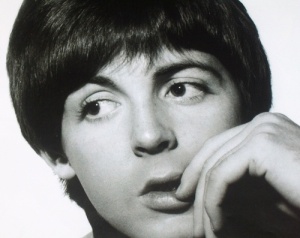 This is for Jon Ross, my summer camp counselor, master of a killer BSA chopper. And a Gibson guitar.

I’d been playing guitar since I was 7, when my mom, in a moment of brilliance, decided I would not play the piano or the violin or the accordion, which were the only instruments 7-year-olds learned to play at the time.

My mom decided I would play the guitar. Young Elvis. She took me to a fellow named Lou Stallman for lessons. Lou was a fairly well known musician/composer whose claim to fame at the time was that he wrote “Round and Round,” a big hit by Perry Como.

Lou showed me how to play a G chord and a C chord and an F chord and a D and an A and an E, covering only the bottom four strings because my hands were too small to cover all six. But it was a start. My first song was I’ve Been Working on the Railroad. G.C.D.

I learned to play all the hits — Michael Row the Boat Ashore, This Land Is Your Land. And I went to my guitar lessons, but (of course) I never practiced. Because I. Just. Wasn’t. Into. It. It was a chore.

But then came the first epiphany. I was in summer camp, playing a few chords, when  I figured out — I FIGURED OUT!!!! — the chords to a song all by myself. Palisades Park, by Freddie Cannon. C, A minor, F, G. Nobody had to show me how. There was no sheet music to follow. I FIGURED IT OUT!!!

And so it went for another few years until Jon Ross turned my music world upside down. The second epiphany. We were at a summer camp winter reunion when Jon pulled me into a room, put a record on the turntable, and said listen to this. YOU CAN PLAY THIS.

And he put the needle down on the first track of the Butterfield Blues Band.

And that was all it took. Woke up this mornin’, looked around for my shoes. I had those mean-ol’ walkin’ blues.

It’s gone on for almost half a century. We’ve moved on from Butterfield and Bloomfield to Robert Johnson and Muddy Waters and Eric Clapton and Buddy Guy and Junior Wells and Hubert Sumlin and Albert King and the Allmans and Ray Charles and Bonnie Raitt and Robert Cray and Janis Joplin and the king of all kings, Mister B.B. King.

Tip of the hat to Jon Ross.